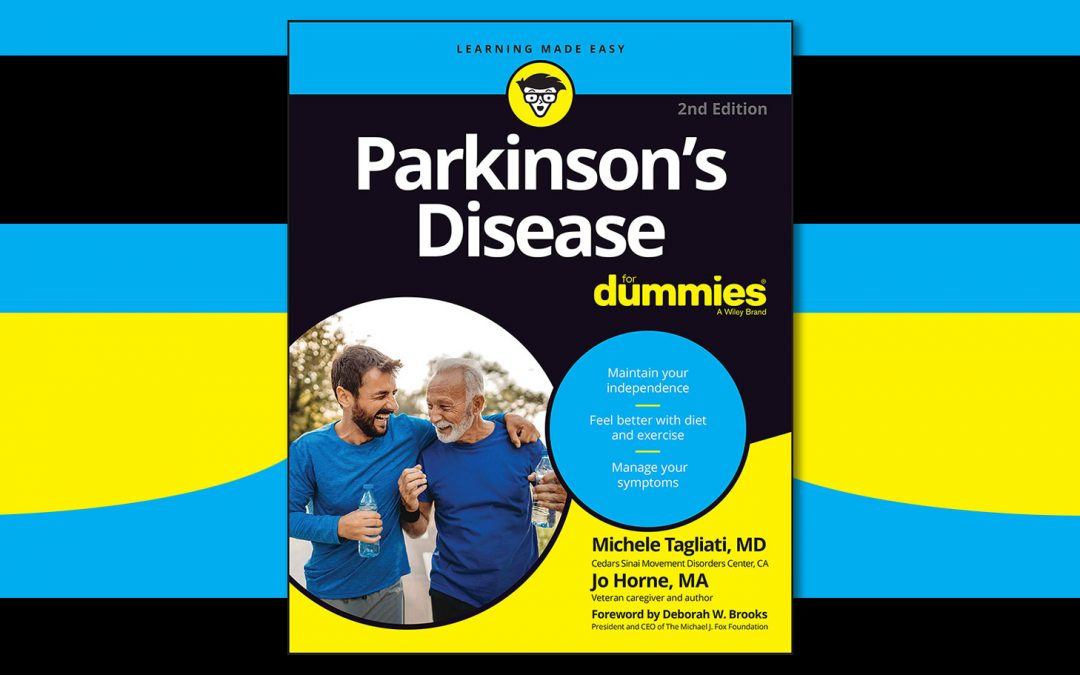 From the time I began seeking a career as a published author, I saw no reason to limit myself to fiction or non-fiction. I loved storytelling, but at the same time felt I had something share from the ‘real job’ career I had chosen in the field of eldercare. Early on I published several works on caregiving and aging for AARP Books. Then thirteen years ago my agent approached me with the possibility of working on a guide for people with Parkinson’s disease and their care partners. The interested publisher was John Wiley & Sons, Inc.—famous for their long-running stream of For Dummies publications. Needless to say, I was thrilled—but also terrified.

At the time I had a friend—Dr. Gary Guten—who had gone through high school with my husband, was an orthopedic surgeon as well as a gifted marathon runner and well-known health nut, and a man who had been dealing with his own diagnosis of Parkinson’s (PD) for several years. I was also working for a German pharma company in the process of developing a patch for 24/7 delivery of the main medication people with Parkinson’s (PWP) rely on, and had met one of the researchers for the project—Dr. Michele Tagliati, a neurologist practicing at that time at Mount Sinai Medical Center in NYC. Once those good doctors signed on for the project, I figured we had the dream team—Dr. T would handle the medical parts; Dr. G the nutrition/exercise portions; and I would tackle the caregiving and living with sections…plus put it all together.

Fast forward thirteen years and a lot has changed. After waging battle with PD for nearly two decades, Dr. Guten died in 2018. I had not stayed in close touch with Dr. Tagliati (who had now moved to Los Angeles as head of the Movement Disorders Clinic at Cedars Sinai Med Center). But one day I saw an item on his Linked In page about a video his daughter had created. I opened the link and watched a poignant tribute to her mother who had died shortly before Dr. T and I met. I wrote him to say how the video had touched me, and was surprised to get an immediate response saying, “We need to update the Dummies book!”

Here we are, barely a year later and the book is done and on its way to brick-and-mortar as well as online stores. We dedicated this edition to Dr. Guten whose can-do attitude inspired everyone and whose work in nutrition/exercise has stood the test of time. Of course, a great deal of progress has been made on the medical side, and Dr. Tagliati has put those complex facts into language any lay person can grasp. We were also delighted that Deborah Brooks of the Michael J. Fox Foundation once again signed on to provide a foreword for this edition.

So, the adventure continues as I live out my dream of writing books that bring readers escape, but also offer the latest info on this chronic condition.